Attention Women: Avoid These Leadership Styles If You To Be Successful

Uncategorized
Research proves that companies that have women leaders in top positions do better overall.  The company culture is more positive and the bottom line profits stronger.  But often women never make it to the top positions because they show up with a leadership style that men ignore and other women hate.

There are three leadership styles that I see that get women leaders in trouble the most often.  Though women are the most often adopters of one of these styles, men can fall into the trap as well.

The first leadership style to avoid is called “The General”.  This style can be dangerous for women but not in the way you might think. Let me explain. I used to have the General style of leading. As this leader it was “My way or the highway”.  Very closed off, cold, no sense of humor. I had seen this work for men and didn’t realize that it could backfire on me. But it often did.

It can make people not trust you.  Society expectations and norms are the reason for this.  If you are aware of this pitfall, you can start to soften the edges of this leadership style, giving the world an opportunity to adjust.  I am not saying to be a softie but more to be aware of how others are perceiving you.

No matter your gender, the General leadership style can create issues with employees not wanting to work for you or colleagues ignoring you because they are uncomfortable.

For me,I no longer lead as the General. I no longer take myself so seriously! As a driven woman with an engineering degree, I found I was very comfortable in the serious arena but at home and with friends I am playful and laugh a lot.  So I slowly started bringing some of that relaxed me into the workplace.  Not all of it but enough that I could relax but still be powerful and seen as competent.  If you are the General type of leader, you might try doing the same.

The second leadership style to avoid is the Nurturer. A woman leading with this style becomes responsible for nurturing others like employees or coworkers in a way that doesn't belong in the business arena. For example, employees become friends - friends who you feed and remember birthdays for. It is a style that hurts you more than you ever realized.

The way to combat this desire to nurture is to keep a fine line between you as the leader/boss and your employees. Be there for support but not their friends.

The Nurturer is especially a leadership style that mothers can fall into. A mother is constantly taking care of people at home and it can be easy to step into this same role at work.  If you adopt a Nurturer leadership style, don’t expect to be paid what other leaders are being paid.  I mean really, how much do you pay mom?

You didn’t birth your employees and other managers. So those of you that show up as the Nurturer, stop it!  It’s not serving you if you want others to take you seriously and pay you what you deserve.

The last leadership style to avoid is the Sex Goddess.  Sometimes women show up this way as leaders without even realizing it. We as women are trained as little girls to be cute and sexy with our dads.  And we get so much validation with comments like “look how cute she is” or ”she is my little girl”.

Plus, we use this same approach to gain the attention of the mate we choose. We flirt, dress a little sexy and bat our eyes. And there is nothing wrong with this as a little girl or as a woman who is looking to enter into an intimate relationship. What gets all screwed up is when we show up this way in the business world.

Women show up this way because they have used this technique successfully in the past to gain attention and even to make themselves feel special.  Yet, the messaging is wrong in the business world and it gets women in trouble.Instead of being viewed as capable, powerful and worthy of higher pay, men view the Sex Goddess leader as trying to use her sexuality as a power play (and they don’t like it one bit and will talk about her behind closed doors) and women don’t like her either because they either see her as a threat or as playing unfair.

If you are leading with a Sex Goddess style, you will find yourself being dismissed and seen as small, insecure, and in the end, not as a power player.

Take a close look at how you are leading and make sure you are using one of the styles just described. So many women sabotage their success by playing into what society expects to see. Make sure you are not one of them. 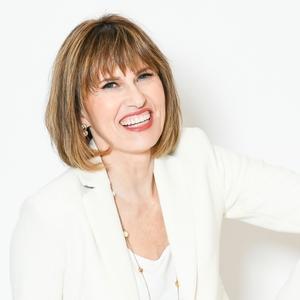 Annette is a women leadership expert who helps women become savvy business leaders who know how to play the game of business to win without losing their authentic selves.

How To Get Paid What You Are Worth
Attention Women: Avoid These Leadership Styles If You To Be Successful
Why Others Underestimate and What To Do About It